Teresa and I together with Mom Dyck want to wish you all a very Merry Christmas as you celebrate the riches of all that our Great God has done for us!! How blessed we all are because of this marvelous Story that began in eternity past!! So hey, a big hug for you all from us up here in the land of ice and snow!!

Here is how some of the Christmas Story from John 1 and Gal 4 reads from the P. Bible:

Way back in the very beginning, the One named the Word existed. He was together with the true God, for He too is the true God. And since he also is the true God, he was together with him back in the very beginning. And it was through this One named the Word that the true God created all things. For if he hadn’t created, not one thing would exist. For only through him does life exist. For he is the one who is the Giver of life. Only in him did it all begin way back. And precisely the Giver of life is the one who gives illuminating thinking to all people. For He shines brightly right in the middle of the darkness, and the darkness is not able to defeat this Light.

On the appointed day, the true God sent his Son. After being birthed by a woman, he began to live among people. God sent him in order to deliver us that we might not live under the rule of the words that Moses wrote down, but rather that we might be untied and set free, and not be slaves anymore. Its true!! He sent him in order that we become God’s children and that He become our Father. And because you have become God’s children, okay then, he has sent the Spirit of his Son to make his home in your bodies. And now precisely by means of this Spirit, we relate to the true God as Father. We tell him, “Father, you are my Father”. Therefore, I tell you all, none of you are slaves any longer for now you have become His children. You have become children of God. And because you have become his children, you will be ones who receive / inherit. Yes, that which is God’s you will inherit, that which He has set aside safely for his children.

Christmas in the land of the P People:

They don’t have Christmas trees or decorative lights….
….but they know that Jesus is the Light of the world….and that they are now children of light.

They don’t exchange gifts or Christmas cards….
….but they know that they have received the gift of eternal life….and the Holy Spirit as well.

They don’t have a Christmas dinner….
….but they participate in The Lord’s Supper using water and yucca cakes to remember the spilled blood and death of their Savior.

There are no Christmas Carolers moving from house to house to sing the traditional songs or manger scenes….
….but they make up their own songs and sing about the True Son who was sent by a non-stingy Father to this earth.

Here in these pictures you see a small representation of the P believers that you will meet in Glory!  We will soon be celebrating with them around the throne of the One named The Word. 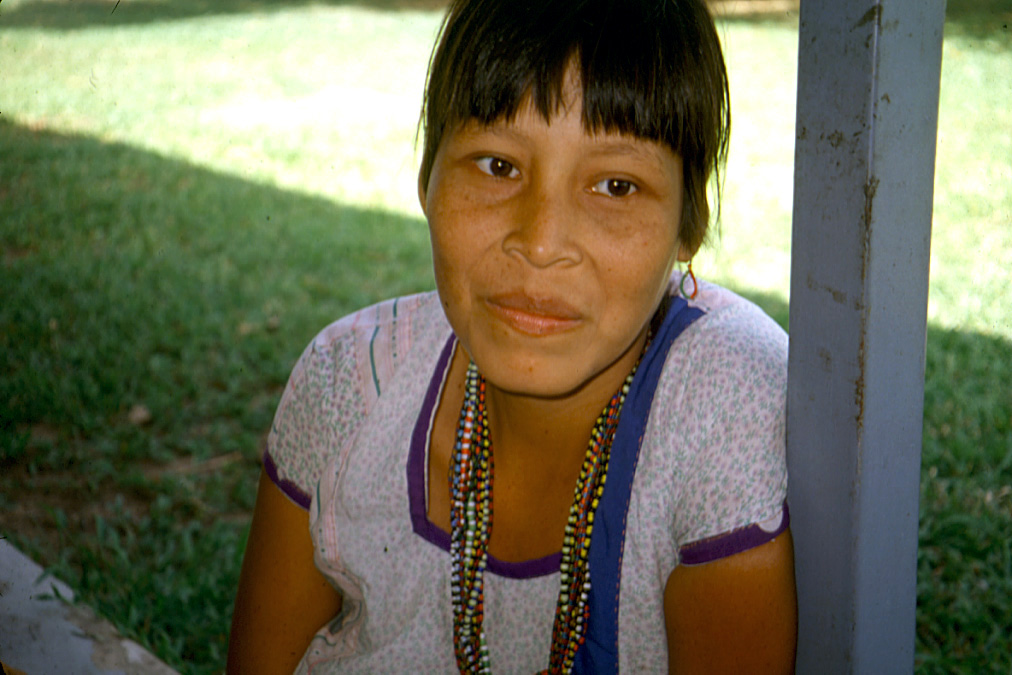 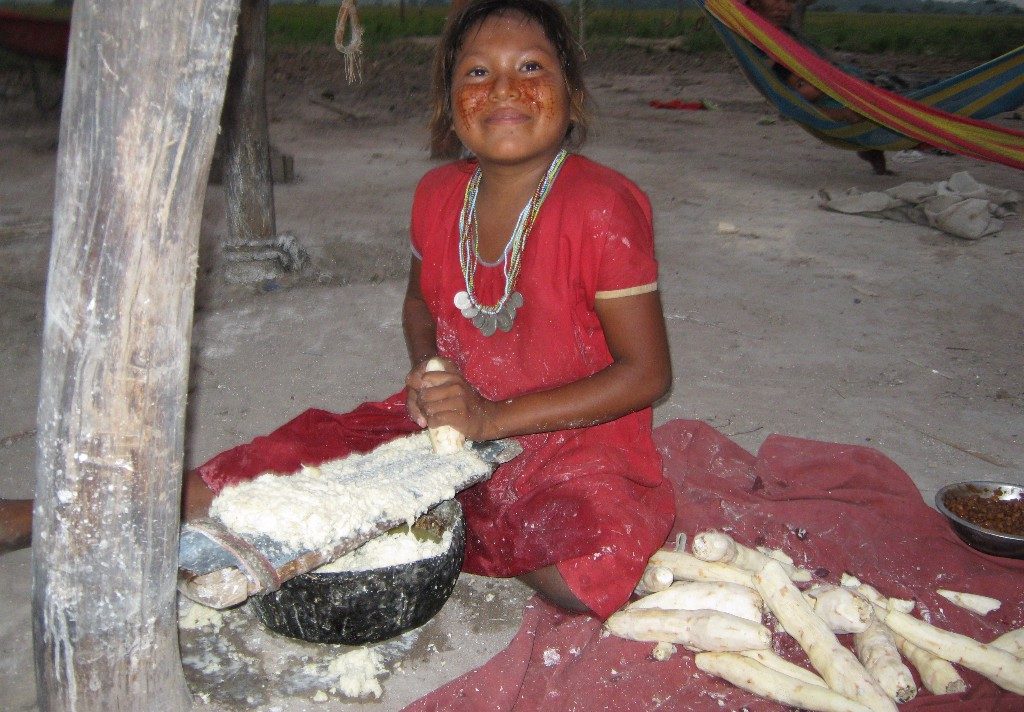 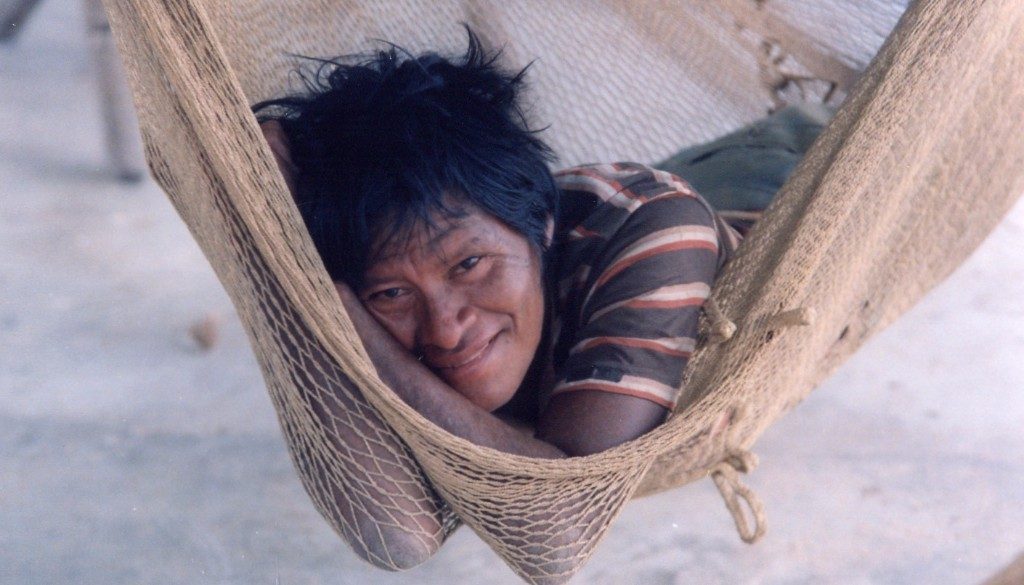 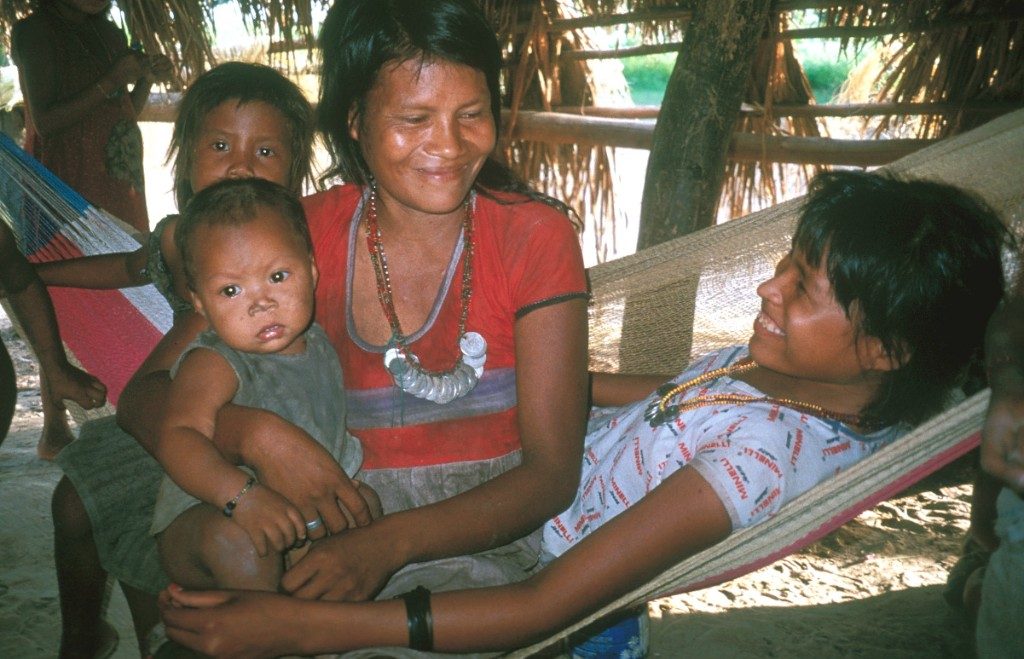 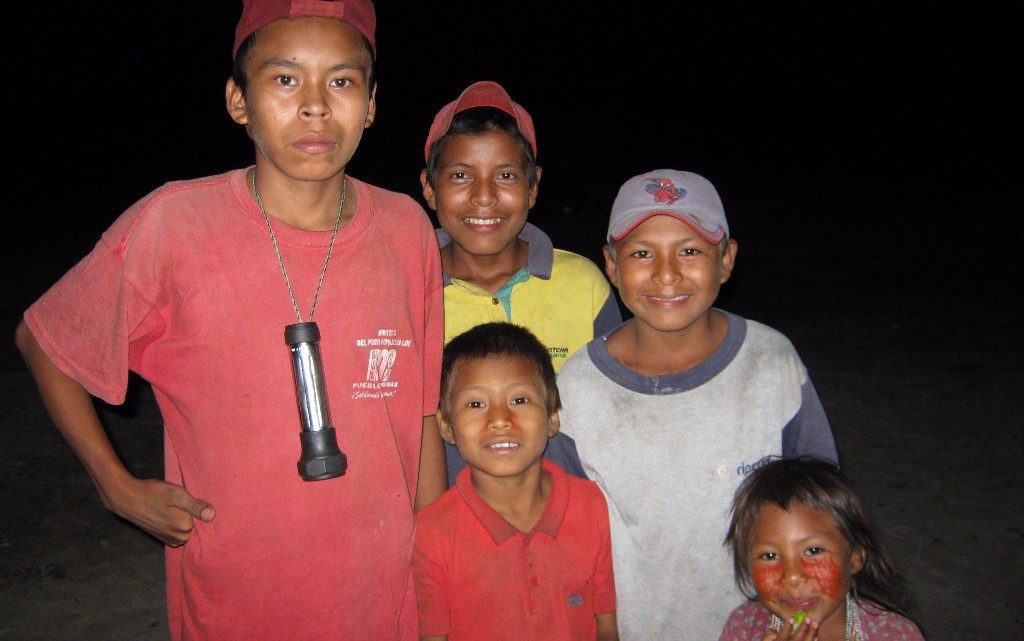 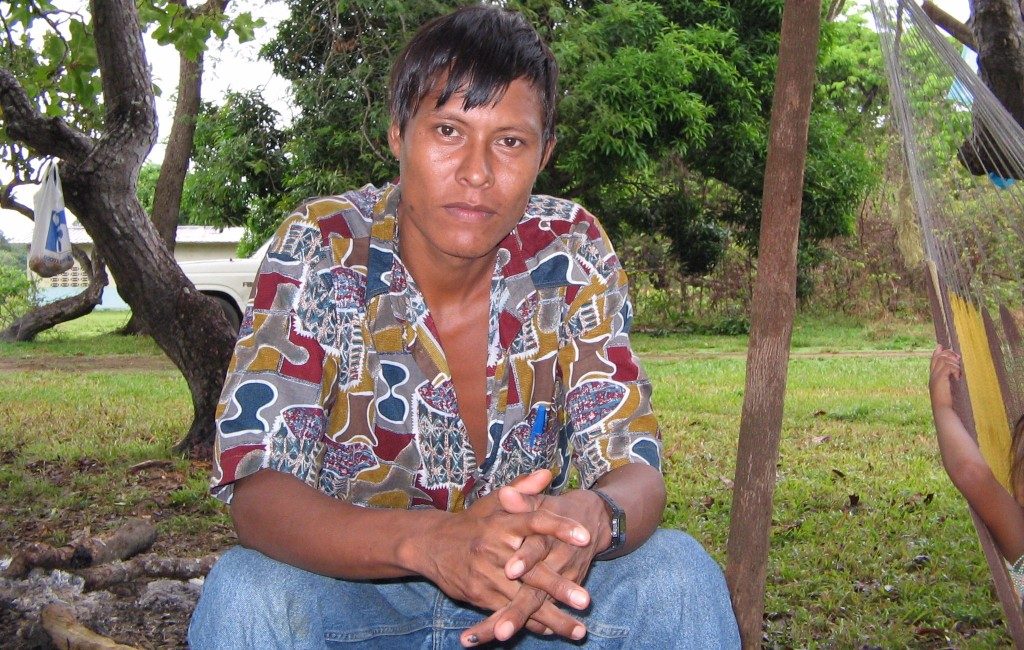 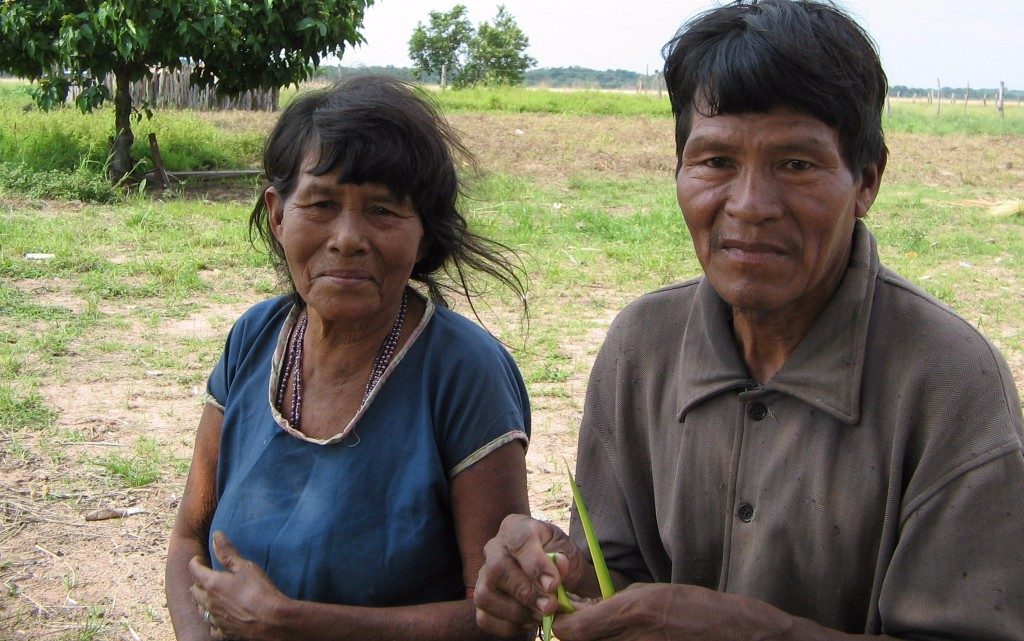 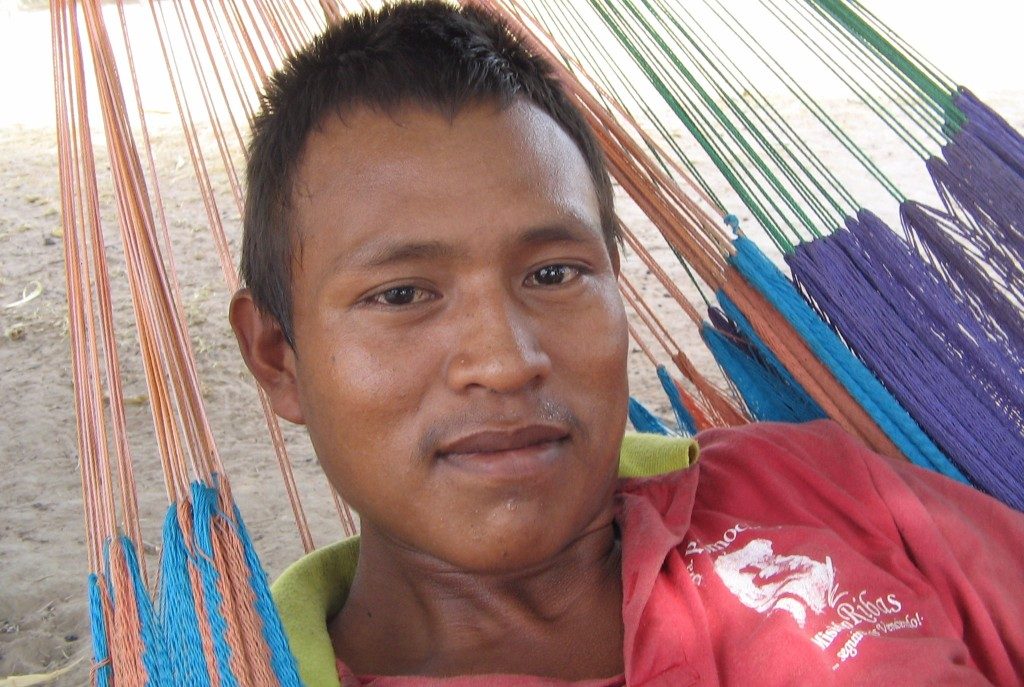 Thanks so very much for your prayers for me regarding the surgery on my cornea. The transplant of the endothelial layer went fine and I had my patch off the next day. There was no pain, even though I still had the sutures in.

Well, after three days, I took a short walk down the trail and when I looked down, I was totally amazed at the clarity of the gravel below. I hadn’t seen gravel that clearly for years and years!! I was thrilled and suddenly had a sweet little time of worship there on the trail to the “God of Eyeballs and Sight” as the P people say. Yes, what a joy it has been to be seeing with steady improvement out of that one eye. Now we wait and see when it will work out for the surgery on the remaining eye. Thanks again so much for your prayers on this.

—we don’t hear much news from the P believers as they are still cut off from contact with all the heavy rains. So there isn’t anything specific to pass on to you all right now. However, thanks so very much for your prayers for their growth, encouragement, and ministries as they walk with their Lord
—pray for our beloved Host Country that God would wonderfully intervene down there and bring His solution to the many problems that only grow worse as the days go by. We just talked to a couple of our national co-workers down there and they have never seen or imagined that anything like this could ever happen to their beloved country. So yes, thanks so much for praying!!
—pray too regarding the proliferation of evil and controlling men who are really effecting the P believers, as well as many other folks
—pray for our dear coworkers there who continue to labor under extremely trying circumstances that they would truly be Jesus in skin to those around them
—pray for us as we seek the Lord’s direction in making another trip down there to connect with the P. saints
—pray for our son Josh, his wife Josie, and their four children as they celebrate Christmas in Asia, and also for our daughter Jodi, her husband Brent, and baby Hudson as they celebrate in their host country. We miss these guys a lot but we are thankful that we can all serve the Lord during this brief stint on planet earth before the big party and family reunion in Heaven!!

Thanks again so very much for your partnering with us. We are indeed thankful for the ongoing opportunities to serve the P. believers by preparing additional resource material for them. Thanks again for all you do to keep us going!!